Telltale Games recently had their storied catalogue of games taken down from GOG.

This week, Universally Speaking looks at the importance and difficulties of archiving video games as the digital age moves forward. 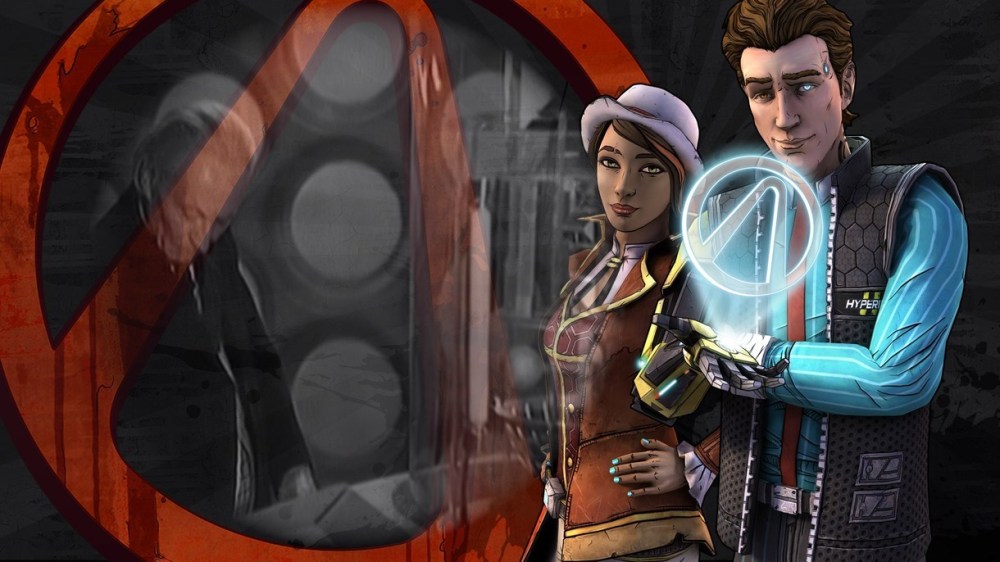 “Nothing is ever forgotten, not completely. And if something can be remembered, it can come back.”

These are words spoken by the Eleventh Doctor in the fifth series of Doctor Who. In the broader scale of the show, it’s the thirty-first season, this differentiation is due to what’s commonly known as ‘The Wilderness Years’ – the fourteen year gap between the original cancellation of the show and its revival – which separates the show into its ‘classic’ and modern eras.

Between 1967 and 1978, the BBC routinely wiped their archived programmes. This was done for a variety of reasons at the time, including a lack of space to physically hold the tapes and issues with the rights to rebroadcast the shows in the future…

An unfortunate consequence of this practice is that 97 of the original 253 episodes of Doctor Who were lost, spanning the first six years of the show – the eras of William Hartnell and Patrick Troughton.

While Doctor Who was not solely affected by this practice (the popular sitcom Dad’s Army was another such victim), it is remembered as the show that was hit the hardest. Famously, the final episode of ‘The Tenth Planet,’ William Hartnell’s final serial, in which he regenerates into his second incarnation, was lost.

The regeneration itself (a staple of the show, in which the Doctor’s body changes as a new lead actor steps into the role) survived only because Blue Peter once used a clip of it.

It is truly astonishing to think that the original instance of one of the defining aspects of Doctor Who was almost lost, to contemplate the immense gap that would have left with all that followed in its wake…

That hasn’t stopped various writers from making creative use of these gaps. Former Doctor Who showrunner Steven Moffat concluded his magnificent era in 2017 with ‘Twice Upon A Time,’ where the Twelfth Doctor (Peter Capaldi) meets his original incarnation (portrayed by David Bradley) during the events of the lost episode of ‘The Tenth Planet.’

The odd thing, however, is that a lot of audio from these lost episodes still exists. This has been used in many of the animated recreations of these stories. As a result, some of these stories have “come back.”

Efforts to locate the missing episodes continues – some are still very much out there, yet undiscovered (or coveted by private collectors). Some have been found overseas in Nigeria, Australia, Canada, Hong Kong, and the United Arab Emirates.

We begin with this example because this is art that has effectively been lost. We may have echoes of it, we may attempt to recreate it, but we will never see it again.

Stories exist out there – within living memory – that are incomplete and may forever remain that way.

Over fifty years on, Doctor Who is still the BBC’s premier show (currently led by Jodie Whittaker as the Thirteenth Doctor), but those holes in its history will always be there. 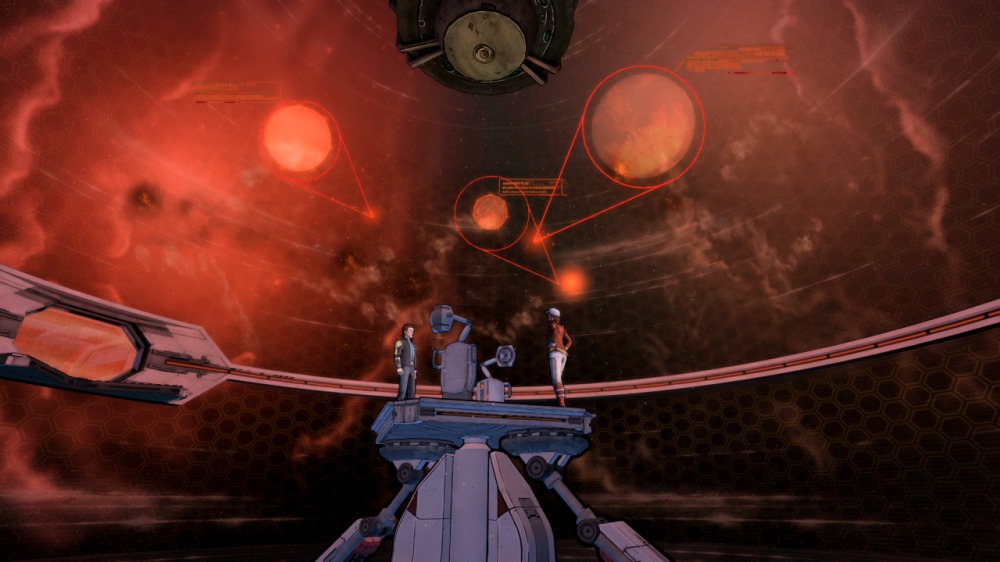 The gaming industry faces similar such challenges with archiving.

As has become clear with recent announcements, there is great interest from in moving the industry forward with subscription-based models. Digital distribution is being pushed more strongly than ever, while shares for physical retailers like Gamestop – once a staple of the industry – have reportedly fallen by 40%.

Meanwhile, cloud gaming appears to be looking to transform the market as we move into the next generation. Might we be seeing video games adopt a model akin to Netflix over the coming years?

How will that affect ownership of these products when they’re no longer something physical you pick up on store shelves, or get delivered to your house?

In October last year, Telltale Games was shut down – an immense tragedy for the studio and all those who suddenly found themselves out of a job that they were passionate about. Telltale has been in the news again recently because GOG recently announced that all of their games will be delisted from the store, which went into effect on May 27th.

Sensational hits like The Walking Dead (2012), The Wolf Among Us (2013), Tales From The Borderlands (2014) – all gone. If you don’t already own these games, you’ll have to track down physical editions from other retailers.

Because Telltale worked with a lot of established IPs, it’s likely that there are a lot of licencing and copyright issues with many of these titles – much like the BBC’s rebroadcasting rights issues that was one of the causes for their archive-wiping.

This, too, is a tragedy. And it’s not one that is at all exclusive to Telltale.

You can check out games which have suffered similar such fates and the stories behind them on Delisted Games.

Sometimes, though, games get lucky.

Many beloved titles may come back as rereleases or remakes many years after they have become a memory.

Icons like Crash Bandicoot and Spyro have seen their original trilogies remade over the last few years. They’ve found new life on current-gen consoles, outselling their peers in the genre that aren’t remakes as old fans return to relive their childhood favourites and a new generation discovers them for the first time.

There’s more to come on that front, too, as Final Fantasy VII – hotly anticipated since its announcement in 2015, following years of fans asking “What if?” – is set to release next year.

Even sooner on the horizon is World of Warcraft Classic, the original experience that launched in 2006 and was hugely transformative for the landscape of PC gaming, will undoubtedly be a fascinating case study as well.

Looking back, Jagex launched Old School RuneScape in 2013. Its playerbase has skyrocketed over the last few years, with November 2018 seeing its highest peak (an average of over 150,000 players). 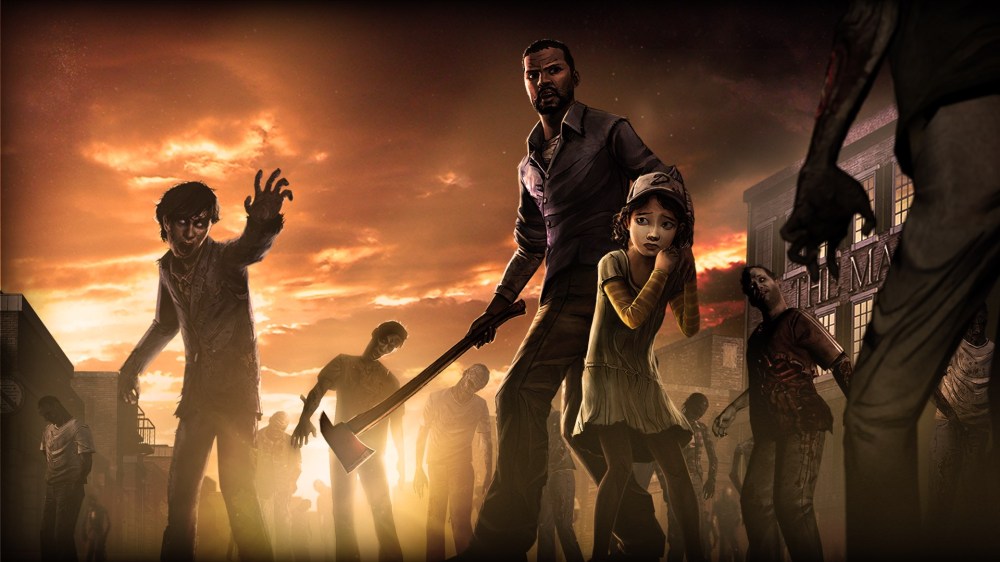 Similar to these classic experiences finding new life many years on from their time because of their unique appeal, Telltale had a similar appeal. The Walking Dead‘s immense success in 2012 revitalised the point-and-click adventure game, making something that was such a dominant hit in the 90s feel like something altogether new.

Like Doctor Who, Telltale was something of an industry darling (a long-established one at that, having been around since 2005 – incidentally, the same year Doctor Who was brought back to our screens), but that didn’t stop the worst from happening to it, with talented developers losing their jobs.

It speaks to the passion, talent, and drive of those developers that many of their games’ later episodes were completed by skeleton crews, which many wouldn’t even notice. With the likes of Tales From the Borderlands, the level of quality holds up beautifully across each instalment and the extent to which that hard work is taken for granted only truly becomes clear to its audience once it’s gone.

Indeed, Naughty Dog posted an update last month stating that the servers for the console-defining Uncharted 2, 3, and The Last of Us will be going down this coming September.

While these games will undoubtedly be remembered primarily for their single-player stories, this is another instance of an experience being lost on now-outdated technology. Back in 2010, Halo 2 faced a similar situation where its multiplayer servers were taken down. This was particularly noteworthy because Halo 2 effectively launched online console gaming back in 2004.

The story of the last fourteen people – the ‘Noble Fourteen’ – who kept their connections running to Halo 2 online for up to a month after the shutdown quickly became something on an internet legend. Halo 2 would return four years later with the release of Halo: The Master Chief Collection, which is itself in the process of heading to PC.

That is a story you can read here.

This is history and culture, and our own role in the industry here at Universally Speaking is to ensure that these games are able to make it to a much broader audience across the world through localisation…

It is difficult to watch the process of it fade away before our eyes.

What are some of your favourite games that have been delisted or lost? If there were one you could bring back, what would it be? How have you been affected by the closure of these studios?

These things are personal to each individual and we’d love to hear your stories.