This week, GamesIndustry.biz announced that they will be hosting a panel at EGX 2019, alongside developers from Mediatonic (currently working on Fall Guys, a battle royale where you don’t kill anyone), about the rise of non-violent video games.

Today, Universally Speaking looks at the value of non-violent games and features, and recommends some of our favourites.

Over the weekend, I’ll be settling down to play Gears 5 – a game that I’ve been greatly anticipating from the moment the credits rolled on Gears 4, three years ago.

This is a series renowned for its downright comical amounts of blood and gore as you shoot, impale, and chainsaw your way through hordes of enemies in some of the most adrenaline-pumping action games have to offer.

But there are times where I look at the gaming landscape this year’s release schedule of blockbuster titles that regularly dominate the industry’s news headlines, and a very clear pattern is evident.

They’re all games where your primary – and often only – way of interacting with the world is ‘point and shoot.’ 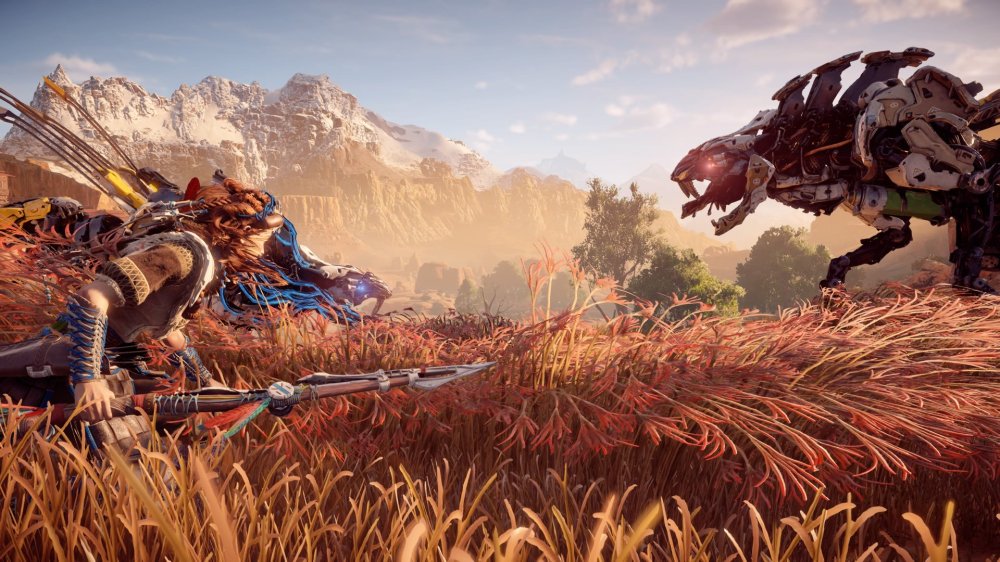 This is, of course, not to decry or ‘call out’ violent video games at all. I love ’em! Tearing limbs from demons as the Doom Slayer, popping a perfect headshot from across a map, watching destructive physics at work as you plough through a dozen enemies with explosive aplomb – it’s chaos as catharsis!

But it does feel like a conversation worth having that the gaming industry relies so heavily on them, with variation from that norm typically left to indie or more ‘out there’ titles.

Earlier this year, it was noted by GamesIndustry.biz that only 17% of the games shown at E3 2019 were non-violent.

Breaking that down further: 239 games were shown, 41 of which were considered non-violent, only 17 (7%) coming from major publishers or platform-holders.

Sometimes, it’s nice to have something to play where you can focus on things like building, exploration, storytelling (and so on…) without them being incidental or peripheral to a central objective of clearing out a room of enemies.

Game worlds are becoming ever more beautiful as technology improves, and something that I find myself doing more now than ever is using the ‘photo mode’ tool in various games to capture pictures (a number of which are showcased in this article).

I daresay I spend more time doing that than playing many of these games ‘as intended.’ My use of the verb “to shoot” as it applies to video games these days has swung pretty far towards referring to a screenshot rather than a shotgun.

When I play Destiny, I’ll switch off the HUD while exploring the ruins of our solar system. While exploring the galaxy in No Man’s Sky, I’ll spend ten minutes repositioning the sun at various angles to get the best possible lighting…

When I play Halo campaigns for the titles that don’t have Theatre mode, I have the ‘Blind Skull’ enabled – a modifier which removes the HUD and essentially has the player become a walking camera.

As a mild humblebrag, I (that is, me personally, not Universally Speaking – to be clear) successfully pushed for the Blind Skull to be implemented in Halo: Combat Evolved Anniversary for The Master Chief Collection in a 2018 patch (which I am told I can take at least 7% of the credit for!)

This opened up a whole new way to experience the original Halo, after the game has been out for over fifteen years.

Many of Sony’s exclusive titles, such as Horizon: Zero Dawn, God of War, Spider-Man, and even the remastered Shadow of the Colossus, have also doubled-down on adding photo modes as an optional aside to the main action.

We are growing increasingly keen on the idea of exploring these worlds without the structural trappings of a combat loop, which is reflected in many communities.

I enjoyed Alien: Isolation. I experienced the kind of unique terror that I don’t think any other game has ever instilled in me, almost every moment was filled with some kind of tension and that made for a great horror experience…

But that really did come at the cost of my ability to truly appreciate the stunning environments, how truly faithful the Sevastopol was to the distinct aesthetic of the Alien franchise. I expect I’m not the only person who felt this way.

Modders have altered titles like Alien: Isolation, Mirror’s Edge, and Dark Souls to remove or pacify enemies so that players can simply experience the sheer imaginative depth of the world and environments that the artists and designers poured countless hours into crafting without the nerve-shredding adrenaline rush of being hunted by an unkillable xenomorph or having to time the perfect dodge-roll.

Indeed, Ubisoft has taken things a step further and added – in a free update – an educational ‘Discovery Tour’ mode for Assassin’s Creed: Origins which allows the player to explore ancient Egypt without being interrupted by combat or quests.

This same mode will be coming to Assassin’s Creed: Odyssey next week, launching on September 10th, allowing players to explore ancient Greece in even greater depth.

Naturally, the question must be asked as to what it would look like to have games where this isn’t ‘just’ an optional side activity – something that is added months or years after release?

What new ways can the industry think of to combine its beautifully immersive worlds, great gameplay, and storytelling and characters without having to put a gun in their hand?

We absolutely have the time, talent, and technology to explore that question.

Before we finish, we have ten recommendations for some of our favourite non-violent titles, as examples the industry can look towards when creating the next generation of violence-free entertainment.

For further recommendations, James Batchelor of GamesIndustry.biz has a Tumblr page called ‘Non-Violent Game of the Day,’ showcasing titles devoid of combat and violence.

Instantly recognisable, universally beloved, emotional, transcendental… all these words and more describe Thatgamecompany’s Journey, which is a vital gaming experience everybody should have! 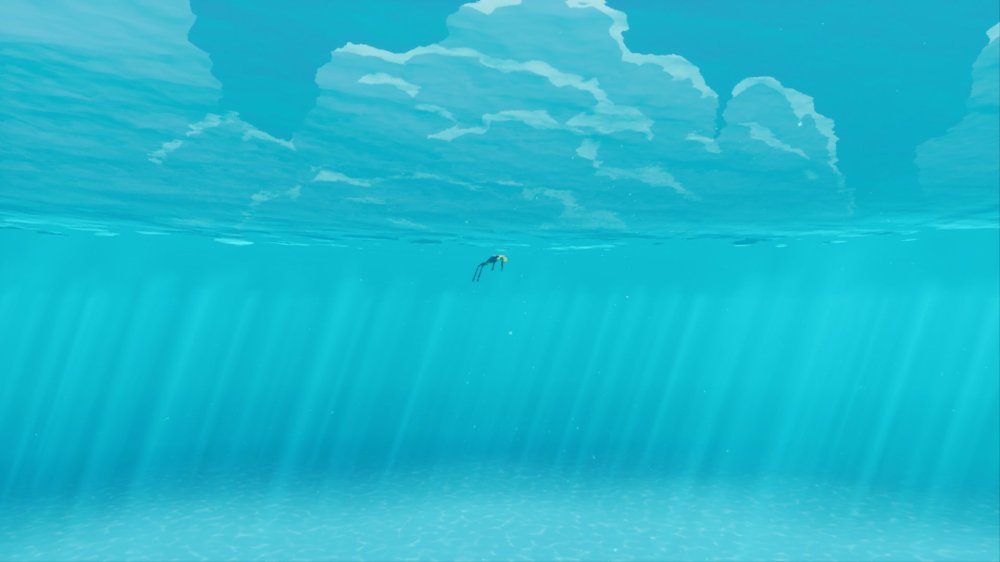 A natural companion to Journey, sharing the same art director and the incredible music of Austin Wintory. A beautifully vibrant underwater adventure that you won’t put down for a second until you reach the end.

A true masterpiece from Nomada Studios which was the subject of its own Universally Speaking article just a few months ago. The emotional story of a young girl dealing with grief expressed through Conrad Roset’s stunning artwork and Berlinist’s soaring soundtrack.

A mystery set in the wilderness of Wyoming where your only connection is with the person on the other end of the radio, this is a story that grips with every twist and turn, engaging you with its mature and honest approach to its themes.

A supernatural mystery with perhaps one of the best dialogue systems ever invented. A group of friends camp out on a beach and unwittingly end up opening a dimensional rift, where every choice you make counts.

It’s an isometric role-playing sports game about reaching enlightenment. What else needs to be said? Supergiant Games always deliver!

You didn’t fight in the great battle between the humans and whatever terrifying alien threat they encountered. No, you’re the janitor who is tasked with cleaning up the mess. In space, no one can hear you clean. (A great game to play while listening to a podcast or audiobook!)

This third-person open world adventure game has you farm, fish, and craft, as well as collect magical creatures to help you disperse a dark fog polluting the environment. 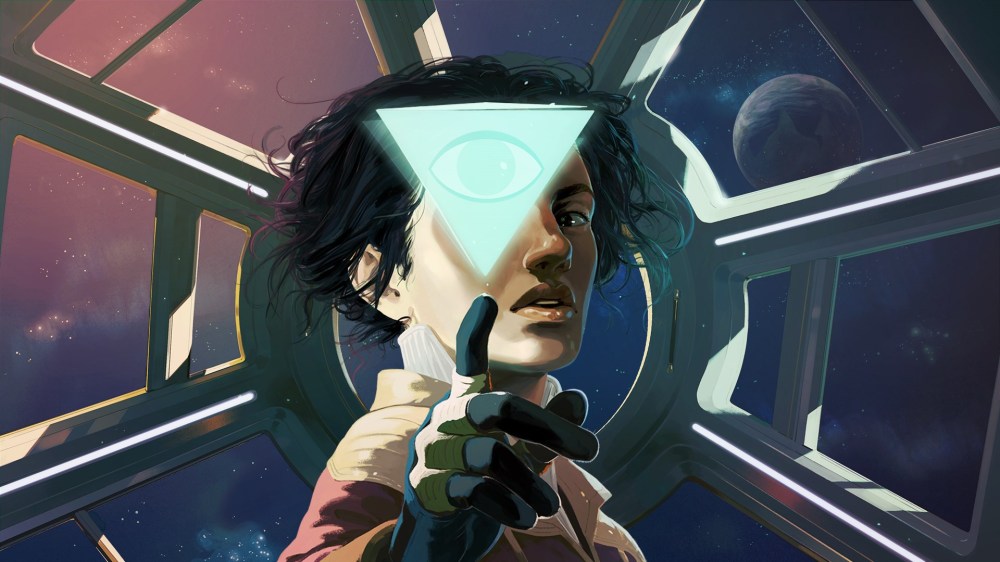 ‘Discover what happened to the crew of an abandoned space station’ is always a fun premise! You play as Amitjyoti Ferrier, a subcontractor tasked with recovering the station’s AI data, exploring the stories of the various crew members through interactive holographic videos that piece together the mystery. 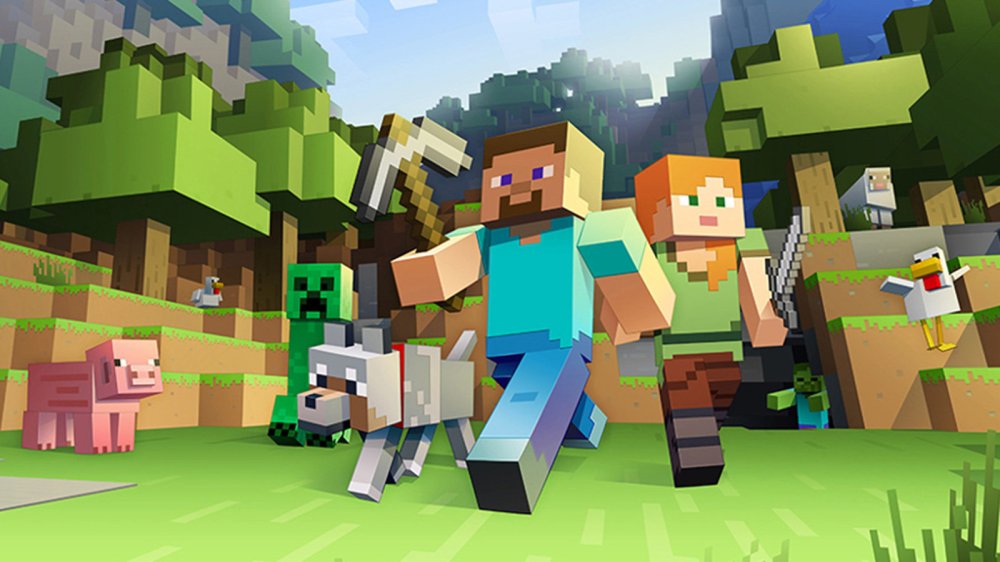 Minecraft
Release: 2009
Playable on: Pretty much everything!

It’s Minecraft. You don’t need me to tell you about Minecraft! What have you built lately?

(There is indeed violence in Minecraft, but it’s optional – I myself play almost exclusively on Creative Mode, where building and exploration takes centre stage without the concerns of combat.)

What were some of your favourite non-violent games and features? Do you find yourself going off-the-beaten-track of what the game ‘wants’ you to do in order to do some entirely different activity?

Let us know in the comments below!