The topic of accessibility in games (and in technology in general) has been more widely discussed than ever this year. 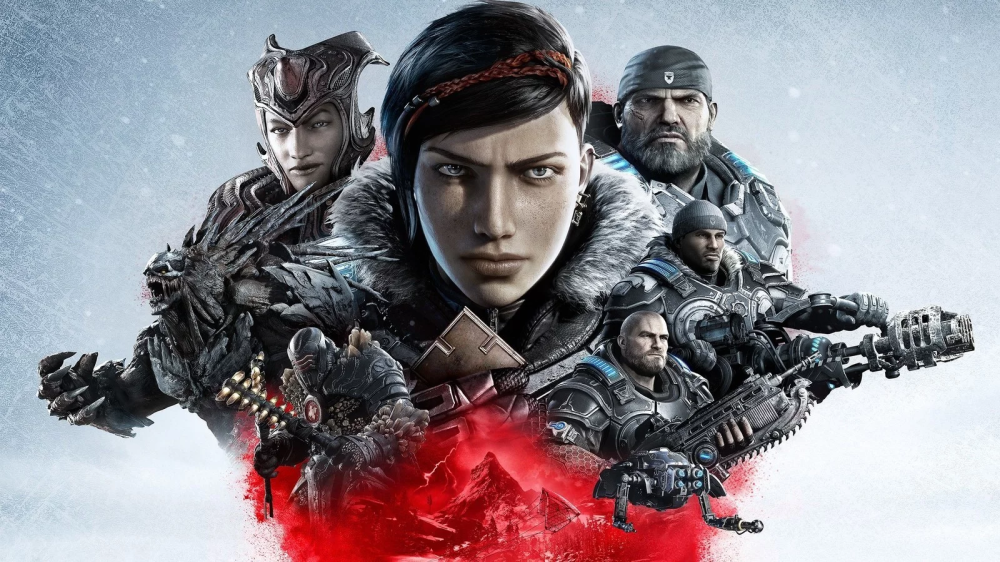 Earlier this year, during the Super Bowl back in February, the much anticipated trailers for Avengers: Endgame and Game of Thrones were bridged by something a little different.

This was a minute-long commercial showcasing children with physical disabilities playing video games with their friends using Microsoft’s new adaptive controller, which was designed alongside SpecialEffect and released in September 2018.

The controller features large programmable buttons and connects to external devices such as switches, buttons, joysticks, and mounts, to help make gaming more accessible for everyone. [SpecialEffect – ‘SpecialEffect and the new Xbox Adaptive Controller’ (17/5/18)]

“It’s his way of interacting with his friends when he can’t physically otherwise do it,” said one boy’s father.

“When everybody plays,” the commercial concludes, “we all win.”

It’s a profoundly moving glimpse at the immensely positive impact that this industry can have on peoples’ lives.

The controller itself is designed to meet the needs of gamers with limited mobility, allowing one to connect external devices (switches, buttons, mounts, joysticks, etc) to effectively create a custom controller.

This truly represents the best of this industry. Technology that exists to empower people is quite literally a game-changer.

Gaming is a cultural phenomenon, it’s something that millions of people across the world enjoy… and that really is the operative word. Enjoy.

We play games for many reasons, but to be frustrated is generally not one of them. And there’s nothing more frustrating than a piece of interactive entertainment that isn’t friendly to the visual, auditory, cognitive, and mobility requirements needed to enjoy it.

People can find their access to these things restricted on a daily basis in real life. The onus is on our industry to ensure that isn’t the case in our entertainment.

Accessibility is something that needs to be part of the design process – built into the experience from the start.

Whether it’s thoughtfully implemented subtitles and transcripted audio, or something like Celeste‘s ‘Assist Mode’ which allows players to modify the rules of the game (with infinite health, stamina, and being able to control the speed of the game).

Dishonored 2 offers a similarly impressive suite of options for players to build their own experience – from the effectiveness of enemy perception, the speed at which your sleep dart toxin knocks enemies out, how much damage you receive, how tenacious and persistent your enemies are… Practically every granular detail of gameplay has a custom slider.

There has been a greater shift towards mainstream awareness of accessibility; more and more games are making it an integral part of their design process and new conversations are starting about it as a result.

Indeed, the first Gaming Accessibility Conference will be coming to London next month – October 21st.

Between voices of disabled gamers being heard and seeing that feedback gradually get acted on, games are all the better for it.

Enter Gears 5, the second outing in the storied franchise from The Coalition – following 2016’s marvellous Gears of War 4 – which released a few weeks ago.

According to Microsoft, Gears 5 has brought in well over 3 million players in its opening weekend, marking their most successful first-party launch since 2012’s Halo 4.

With players being able to play the game by subscribing to Xbox Game Pass, the first two months (of the Ultimate version, no less) costing only £2, the value of this service is hard to argue with.

Right from the start, upon booting the game up for the first time, a screen appears which allows the player to customise aspects of their experience – from the control scheme (which is fully compatible with the Xbox Adaptive Controller, with rebindable controls), to the gore, to the subtitles.

The latter is particularly worth addressing, as players can customise the size of the subtitles, but these are also some of the best, most thought out subtitles in terms of inclusion. These details are incredibly helpful for deaf or hard of hearing (further abbreviated to ‘HoH’) players, and – in the fourth image – Marcus’s dialogue is written to perfectly reflect how actor John DiMaggio voices the character with certain words being abbreviated.

It’s also worth noting that Gears of War is a series that often has a fair amount of background dialogue.

Throughout Gears 5‘s campaign there are a number of ‘weapons-down’ areas dedicated to really immersing the player in this beautifully crafted world, as such there are a lot of NPCs who talk amongst each other in these areas the player is given the freedom to explore.

The greater emphasis on specific detail in these subtitles is immensely helpful in painting the picture of this world, giving life to the dialogue through text.

But this is even helpful for simpler actions, like when a character gives a strained grunt when standing up after they’ve been injured, or when enemies break through a building.

At Universally Speaking, one of our key services we provide for games is localisation and it is our philosophy that there is so much more to this process than just translating the words on the page – it’s about communicating the essence of the narrative.

This is something that transcends language barriers when viewed from how it intersects with accessibility. How can we ensure that transcription enables somebody to get the full context of the storytelling?

These details in the subtitles are a great starting point.

Opening up the options menu also has a whole tab dedicated to accessibility. Here, players can find three different colour-blind modes for protanopia, deuteranopia, and tritanopia – helping those affected better navigate the UI and experience the game.

‘Target lock’ is a new addition to the series, assisting players who are either new to shooters or need some help aiming. This auto-aims the reticle while aiming down the sights, snapping to the enemy the player is facing. This can be incredibly useful for times when environments gray, brown, and red enemies blend into the backgrounds, making it hard for me to pick them out.

Other accessibility features are detailed on the official site for Gears 5.

On a slightly separate note: The Coalition deserves a huge shoutout for adding nineteen Pride flags as banners players can use for their characters in the customisation menu.

These banners have the bi flag, intersex, trans, nonbinary, asexual, and many more – it’s certainly the most extensive selection I’ve seen in a game before.

I must admit that these were the first things I spent my scrap (currency earned by completing matches in the game) to buy.

These banners appear along with your chosen character in the MVP screen at the end of a match, and since I’m rather rubbish at competitive multiplayer I likely won’t be seeing my banner for a while yet! 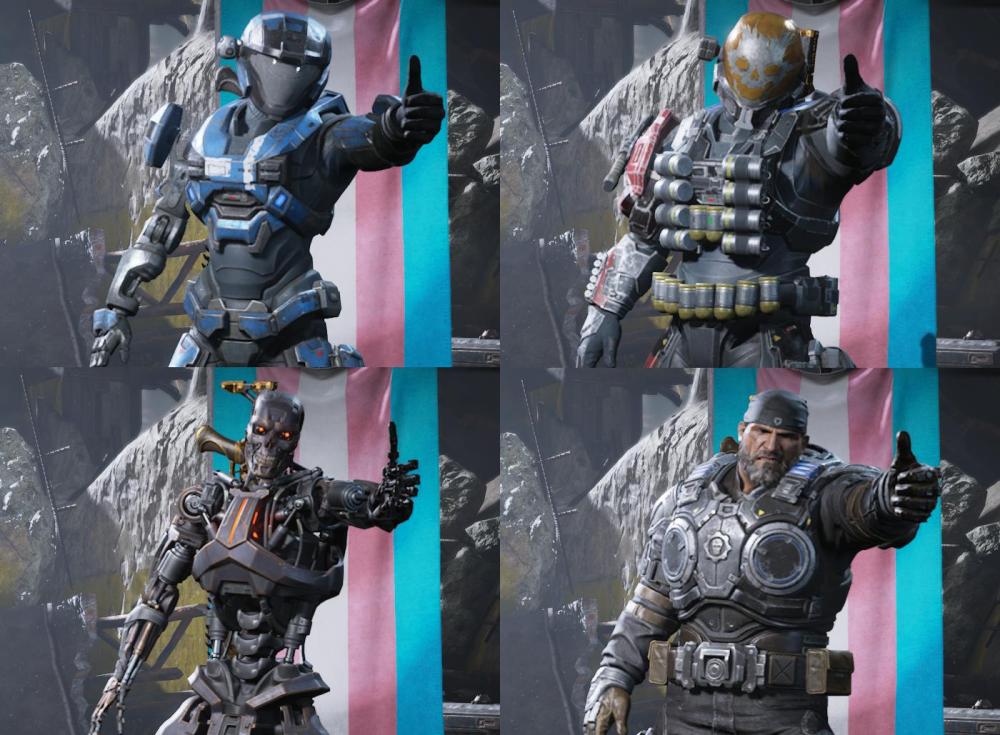 Perhaps the greatest success of The Coalition in their approach with accessibility in Gears 5 is that it totally reframes the conversation.

These things are not “making the game easier,” as the discourse has tended towards, but demonstrates a greater sense of empathy towards its existing community (and welcomes many new people into it) by acknowledging there is more diversity in how people play.

Gears 5 feels like a real landmark moment in the present state of the industry. It’s a standard set for other studios to really live up to, as well as something of a ‘forward operating base’ for The Coalition to build upon with future Gears titles.

As is oft remarked by various Gears characters upon executing the perfect active reload:

UK-based gaming charity Special Effect was involved in the creation of the Xbox Adaptive Controller and aims to level the playing field for gamers with disabilities.

In support of One Special Day, which occurs this coming October 4th, we are planning on an office gaming tournament where we’ll be playing Super Smash Bros. Ultimate and participants will be donating to this cause that seeks to transform the lives of disabled gamers.

You can also donate to One Special Day here and make all the difference to gamers with disabilities.

The world is crumbling. The Swarm has corrupted the Coalition’s robot army and is descending upon human cities. With danger closing in, Kait Diaz breaks away to uncover her connection to the enemy and discovers the true danger to Sera – herself. [Xbox – Gears 5 page]

Gears 5 released September 10th and is available on Xbox One and Windows 10 platforms.

3 thoughts on ““When Everyone Plays, We All Win” – How Gears 5 Leads the Industry with Accessibility”