Of the many great innovations in video games over the years, one of the best has undeniably been the boom in the number of games featuring photo mode.

This week, we look at some of the history of this increasingly popular feature and why it’s one of the best things to happen to the gaming industry.

In recent years, I have come to use the word “shoot” in games to refer to taking a screenshot about as much as I have to refer to the use of a weapon…

It’s a novelty that never wears thin, being able to detach the camera from the fixed viewpoint of our character and explore vast landscapes and worlds with very different eyes.

Of course, ‘back in the day’ we relied on PC mods to do this. It wasn’t until Gran Turismo 4 released in 2005 (a game that we at Universally Speaking actually supported) that the words ‘photo mode’ would actually appear.

This early form of the mode allowed players to take shots of their cars on a track or at various specific locations, which the player could then transfer to a USB device. As revolutionary as this was at the time, it was burdened by the limitations of online gaming being in its infancy, with few-to-no options for sharing content.

It wasn’t until 2007, when a little-known indie game called Halo 3 came along, that photo mode evolved.

During the development of Halo 2, Bungie were looking to implement a ‘saved films’ feature that didn’t make the final cut. This feature found its way into the highly-anticipated sequel as ‘Theatre’ and became one of the game’s primary outlets for user-generated content.

Theatre mode in Halo 3 is always silently processing every match you play – across the campaign, multiplayer, custom games, and even the Forge map editor mode – and saves your interaction with the game which the player can access at any time.

In this mode, the player can fast-forward, rewind, pause, detach the camera, record gameplay, and take screenshots.

Recorded content and screenshots taken with Theatre can then be saved and uploaded to a player’s File Share, an easily accessed profile feature that anybody in a pre-game lobby can view.

If you were particularly lucky, your screenshot might have even made it into Bungie Favourites – showing up in everybody’s main menu.

With Bungie’s final game in the series, Halo: Reach, a file browser for maps, modes, films, and screenshots made user-generated content more accessible than ever. It was a self-sustained ecosystem of community created content.

This became the lifeblood of the community, kickstarting something of a golden era of fan-made content using the systems of the game to create and share anything from comical screenshots to machinima.

It was also a solid foundation and lesson for many other games to learn from and build upon.

Fast-forward to today and most major consoles now have native photo-capturing and sharing features. Many games released now either launch with a photo mode or have it added shortly after.

One such example of this is Remedy’s Control.

Photo mode was one of the first things that I searched for upon the release of Control.

It’s the weird, geometric, Brutalist aesthetic with rooms bathed in harsh, dramatic reds is so instantly and uniquely eye-catching – there’s no other game that looks quite like it.

Remedy published a content roadmap for what will be coming to Control from release through 2020, teasing a new (and free) gameplay mode and two story expansions, and kicked things off with photo mode.

Control is a game that’s close to our hearts here at Universally Speaking as it’s one we’ve been supporting for localisation and QA for some time, and we had the pleasure of working on the localisation for Control‘s photo mode.

There are two tabs in Control‘s photo mode, allowing you to adjust the camera’s FOV, focal distance and aperture, as well as giving you ten filters to add more of a unique flavour to your shots.

It’s pleasing to see such a real demand for this mode in games these days, as it provides a new way to experience a title.

Indeed, practically all of Sony’s first-party titles have included photo mode – from new IPs (like Horizon: Zero Dawn), to rebooted classics (God of War), and even remakes and remasters of beloved games from the last two generations (The Last of Us, Shadow of the Colossus).

By no means is it a simple, easy addition, however, and there are plenty of games that just aren’t built to have this kind of mode.

Trying to work this feature into a game’s architecture if it’s not already ‘baked-in’ to some degree can mean a lot of additional work for QA teams to locate unpredictable bugs. A lot of games are crafted to build what you need to see while all sorts of processes are busy dressing the stage for the moment they’re needed, much like a theatre stage.

Even then, many studios are adding even simple options that can enable players to engage with their games in this way without the need for a fully dedicated photo mode.

There’s no actual photo mode in The Outer Worlds, but you can go into the options menu and disable the HUD which frees up the screen when you holster your weapon.

And the results of what you can capture in this stunningly imaginative universe is quite spectacular!

Developers have been catching on to how much time people are spending with photo mode and how much it adds to the ‘life’ of these games.

Many children are growing up with their earliest exposure to photography being from both a smartphone that fits in their pocket and the games they play after school, which is something that’s probably not often thought about.

Games can be unique vehicles for inspiring and driving peoples’ passions, enabling the opportunity to create art that can’t be created anywhere else.

As technology continues to evolve, the ways in which we find ourselves able to interact with these meticulously detailed digital worlds is likewise changing.

Games like Dark Souls and Alien: Isolation are renowned for their challenging experiences, but people are also modding the game to pacify and even remove enemies in order to explore these beautifully crafted environments that artists and designers spent countless hours creating.

Assassin’s Creed: Origins celebrated its second birthday recently and the official account encouraged fans to use the #ACPhotoMode tag to share the shots they’d snapped, which saw hundreds of incredible responses.

Indeed, Ubisoft even has an online file browser for shots taken in Assassin’s Creed: Origins and Odyssey, and other franchises like God of War have photo mode contests.

For many, the experience of playing the role of photographer – traversing the map to find the right place and the right scenario – is every bit as compelling as being an assassin, a genetically augmented supersoldier, an Italian plumber…

There’s something tremendously satisfying about working within the limitations of a game’s systems to capture a moment, caught in a sort of liminal space between the dynamic events of the game and your own enforced pace.

And it builds community – not just with fellow fans, but with developers as well.

“I think literally my entire art team would do nothing else for days but look at a stream of pictures coming in. It’s a really nice moment for them. […] They get to see other people look at their game, appreciate it, and find nice moments in it.” [Jan-Bart van Beek (Guerrilla Games), Game Informer – ‘Photo Mode Makes A Difference In Modern Gaming’ (22/11/2017)]

Photo mode is one of the best things to happen to gaming because it’s a tool that fulfils the premise of user-generated content, enabling players to express themselves creatively and share their work.

I end up putting more than twice as many hours into a game when it gives me the means to take screenshots, adding to my sense of immersion in the world for being able to appreciate the work that went into crafting every nook and cranny of it.

Looking forward, I would love to see photo mode become a standard feature in as many games as possible – there’s certainly an appetite for that.

It can be hard to find the time to go back and replay some games (particularly much longer titles, like The Witcher 3), and so building up my personal, nostalgic digital scrapbook of the time I spent in these worlds. 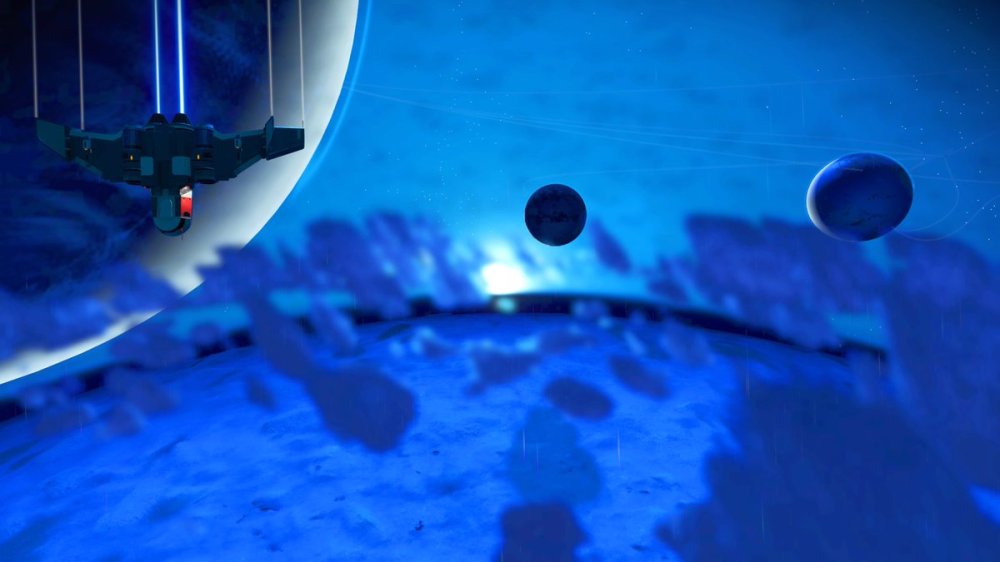